Therapists seek the right blend of treatments for hair-pulling disorder*

It started with a single honey-hued hair, pulled from Maya Blades' head when it got caught on the edge of her third-grade desk. She was fascinated with the tiny white root bulb on the end of that strand, the 11-year-old recalls, and so she started tugging more. Now Maya wears a hat to school to cover bald spots. "I say to myself in the morning, 'I'm not gonna pull today,' but then it happens," she confided. "I want to stop, but it's hard."

Maya suffers from trichotillomania, literally "hair pulling frenzy," an impulse-control or anxiety disorder that causes compulsive plucking from the scalp, body, eyelashes, or eyebrows. It affects perhaps 2 percent of the population. There is no cure, but a combination of medication, therapy, and diet changes can help. The symptoms of trich (pronounced "trick") usually show up at puberty. Although there is likely a genetic predisposition to trich, people who develop it can often point to a particular event that started it. For Maya, a resident of Denville, it may have been the death of her father.

"We'll never know if that was a trigger or if it would have started later in her teen years anyway," said her mother, Liz Blades.

Elizabeth Nass of Howell started pulling out clumps of her thick,

"At first we reacted like it was a bad habit and just told her to stop it," said her mother, Pat Nass.

She and her husband, Len, later learned everything they could about the disorder and sought help from a variety of professionals, including a psychiatrist and a hypnotherapist. But nothing has helped as much as the Trichotillomania Learning Center retreat Pat and Elizabeth attended in September in South Jersey.

"The friends I made at the retreat were sort of like outlets for me," said Elizabeth. "Some didn't have any hair at all, and yet they were beautiful people. I learned that your hair doesn't make you who you are."

That's one of the messages Jodi Green tries to get across through her biweekly trich support group in Short Hills. Growing up in Union, Green felt socially awkward because of her thinning hair, which she started pulling out when she was about 14.

"I tried not to let it get to me, but I was self-conscious all the time. I had to wear a wig in ninth grade, and I wouldn't even discuss it with my parents."

Five retreats and seven years of the support group, as well as

psychotherapy, have helped Green repair her self-esteem and gain partial control of the habit.

Kim Keenan, a young mother who attends Green's group, has tried to

dermatologist, a psychologist, and a psychiatrist.

"The cognitive behavioral approach was helpful," she said. "I didn't stop, but I was able to achieve greater self-awareness and self-acceptance."

This approach is favored by Dr. Karen Landsman, one of the few therapists in New Jersey who treats people with trich. She believes

pulling becomes habitual in response to intense feelings or a negative personal interaction.

"We work on finding ways to replace this habit, first by increasing

awareness of how often they are doing the action or even thinking of it, then getting to the point of using behavioral techniques like a competing response, perhaps clenching their hands together or squeezing a Koosh ball."

Once patients master these techniques, she added, they stop avoiding potentially stressful situations and can work toward greater self-acceptance. "Shame is the No. 1 word for the feeling that goes on with trich," said Landsman.

Lisa, 36, from Toms River, remembers well the shame she felt when

children - and later, adults - made fun of her missing eyebrows. "It's only in the last few years that I've gotten the courage to tell such people that I have a condition called trichotillomania, and that it really deserves more compassion than mockery," she said.

Elizabeth Nass still gets hateful e-mails from the girls who called her "Baldy" and "Ostrich" during freshman year at a private high school.

Now a junior in public school, she's beginning to regain her self-esteem through activities such as field hockey, track, photography, and drama. She plans to talk about her condition in her psychology class and dreams of working as a motivational speaker to educate people about trich and its devastating emotional effects.

"I was so bubbly when I was little, but now it's like I'm in a shell," she said. "At the retreat I was myself and felt people loved me for who I am. ... I feel like going back to that school and telling them they missed out on having a great friend because they are so hung up on looks."

Once an aspiring model, Elizabeth sees a therapist weekly, but she finds it difficult to avoid the strong urge to pull when she is stressed, bored, or needs to relax. "If I don't pull, my bones tighten and my body hurts," she said.

Trich and its associated behaviors - compulsive skin-picking and

nail-biting - satisfy an urge, explained Dr. Fred Penzel, one of the country's foremost experts on the condition.

"Many report an almost uncontrollable feeling of needing to do them," said Penzel, whose book, "The Hair Pulling Problem: A Complete Guide to Trichotillomania," is due out in January.

"But it's not a purely psychological problem," he continued. "The

overstimulated. A number of similar disorders are seen in animals such as dogs, cats, parrots, and horses."

John Kender of Leonia, a professor of computer science at Columbia

University who started pulling his eyebrow hairs when he was 14,

suspects trich-like symptoms in pets of people with the disorder may point to a microbial basis for the condition.

His own habit was brought under control 10 years ago after he started eliminating sugar, caffeine, chocolate, legumes, and lecithin-rich foods such as eggs from his diet. His Scottish terrier stopped licking its paws and muzzle raw when Kender replaced regular dog food with an egg-free variety.

Now, Kender offers dietary guidelines on the chat room he runs for

"If you pull your hair, the worst thing you can do is eat peanut butter cups washed down with Coke," he said. He theorizes that because these foods encourage the growth of a specific skin yeast, people with trich may be allergic or ultrasensitive to this normally harmless organism.

Liz Blades has found Kender's suggestions helpful for Maya, but she

recognizes many other factors may have to be addressed before her

daughter can stop pulling her hair.

"After talking to people doing relatively well at the retreat," she

said, "I realized you have to be a full person before you can treat the trich; you must heal within first."

People with trichotillomania may pull hair from their scalp, eyelashes, eyebrows, or other parts of their bodies. Many people with this disorder also have compulsive nail-biting (onychophagia) or skin-picking habits.

How do you know if you have trich?

For some people, the urge to pull (or bite or pick) is mild and can be conquered with a bit of extra awareness and concentration. For others, it may be so strong that thinking of anything else is nearly impossible.

If you suspect you or your child has the disorder, various educational materials and treatment options might be helpful.

Trichotillomania Learning Center in Santa Cruz, Calif., a non-profit educational resource center that sponsors annual retreats and offers a variety of videos and literature: www.trich.org or (831)457-1004.---

For information on a biweekly trich support group in Short Hills, send an e-mail to jodisgreen@aol.com.

Therapists who specialize in treating

Dr. Charles Mansueto of the Behavioral Therapy Center of Greater D.C., www.behaviortherapycenter.com or (301) 593-4040

"Help for Hair Pullers: Understanding and Coping With Trichotillomania" by Nancy J. Kenthen, Dan J. Stein, and Gary A. Christenson

For mail please use the following address: 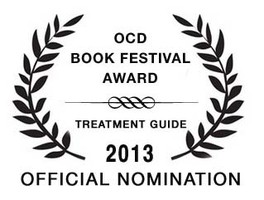